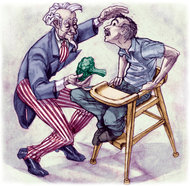 Can a Soda Tax Save Us From Ourselves?

AS governments large and small face sizable budget shortfalls, policy makers are looking for ways to raise tax revenue that will do the least harm and, perhaps, even a bit of good. One idea keeps popping up: a tax on soda and other sugary drinks.
Enlarge This Image
David G. Klein

The city council in Washington recently passed such a tax. Gov. David A. Paterson has sought one in New York. And a national soda tax was briefly considered by the Senate Finance Committee as a way to help pay for President Obama’s health care overhaul.

But is a soda tax a good idea?

Economists have often advocated taxing consumption rather than income, on the grounds that consumption taxes do less to discourage saving, investment and economic growth. Hence the case for broad-based consumption taxes, like a value-added tax. The main issue for the soda tax, however, is whether certain forms of consumption should be singled out for particularly high levels of taxation.

One argument for specific taxes is that consuming certain products has an adverse impact on bystanders. Economists call these effects negative externalities.

Taxes on gasoline can be justified along these lines. Whenever you go out for a drive, you are to some degree committing an antisocial act. You make the roads more congested, increasing the commuting time of your neighbors. You increase the likelihood that other drivers will end up in accidents. And the gasoline you burn adds to pollution, including the greenhouse gases thought to cause global climate change.

Many economists advocate gasoline taxes so that drivers will internalize these negative externalities. That is, by raising the price of gasoline, a tax would induce consumers to take into account the harm they cause after making their purchases. One prominent study added up all the externalities associated with driving and concluded that the optimal gasoline tax is over $2 a gallon, about five times the current level (combining the federal and a typical state’s levies) and about the tax rate in many European countries.

Applying that logic to other consumer goods, however, is not as straightforward. Consider cigarettes. They are among the economy’s most heavily taxed products, as governments try to discourage people from smoking. Yet the case for such a policy cannot rely on a conventional externality argument.

When a person sits at home and smokes two packs a day, the main adverse impact is on his or her own health. And even if second-hand smoke is a concern, that problem is most naturally addressed within the household, not at the state or federal level.

Sometimes, advocates of “sin” taxes contend that consumers of certain products impose adverse budgetary externalities on the rest of us — that if the consumption induces, say, smoking- or obesity-related illness, it raises health care costs, which we all pay for through higher taxes or insurance premiums.

Yet this argument has a flip side: If consumers of these products die earlier, they will also collect less in pension payments, including Social Security. Economists have run the numbers for smoking and often find that these savings may more than offset the budgetary costs. In other words, smokers have little net financial impact on the rest of us.

It may seem grisly to consider the budgetary savings of an early death as a “benefit” to society. But when analyzing policy, economists are nothing if not cold-blooded. If one uses budgetary costs to justify taxing particular consumption goods, the accounting needs to be honest and complete.

There is, however, an altogether different argument for these taxes: that when someone consumes such goods, he does impose a negative externality — on the future version of himself. In other words, the person today enjoys the consumption, but the person tomorrow and every day after pays the price of increased risk of illness.

This raises an intriguing question: To what extent should we view the future versions of ourselves as different people from ourselves today?

To be sure, most parents have no trouble restricting a child’s decisions on the grounds that doing so is in the young person’s best interest. Few teenagers are farsighted enough to fully incorporate the interests of their future selves when making decisions. As parents, we hope that someday our grown-up children will be grateful for our current restrictions on their behavior.

But people do not suddenly mature at the age of 18, when society deems us “adults.” There is always an adolescent lurking inside us, feeling the pull of instant gratification and too easily ignoring the long-run effects of our decisions. Taxes on items with short-run benefits and long-run costs tell our current selves to take into account the welfare of our future selves.

IF this is indeed the best argument for “sin” taxes, as I believe it is, we are led to vexing questions of political philosophy: To what extent should we use the power of the state to protect us from ourselves? If we go down that route, where do we stop?

Even as adults, we sometimes wish for parents to be looking over our shoulders and guiding us to the right decisions. The question is, do you trust the government enough to appoint it your guardian?

N. Gregory Mankiw is a professor of economics at Harvard. 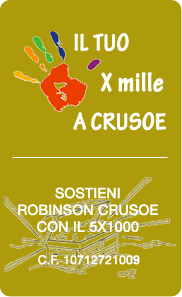